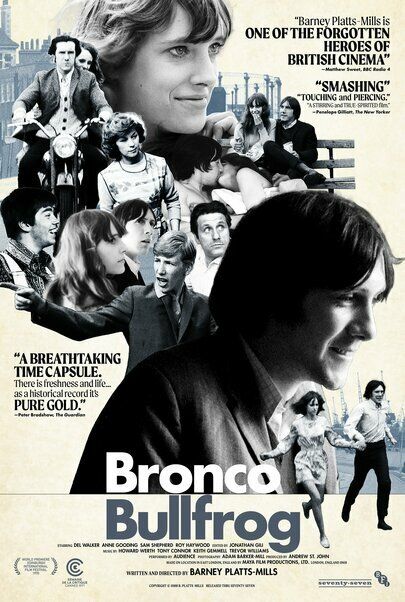 Seventeen year old Del, with no money and nowhere to go, breaks into train cars with his cool, fresh out of borstal (reform school) pal Bronco Bullfrog. But one day he meets the lovely Irene, and despite an earful from his dad (and her mum), the two young lovers run away together… but to where?

Shot in London’s East End in 1969, cast with Doc Marten wearing “suedehead” locals, and set to a dynamic soundtrack by early 70s art rock band Audience, Bronco Bullfrog has been compared to the work of Mike Leigh and Ken Loach, but with a punk rock spirit. After a minuscule American release following its Edinburgh and Cannes premieres, this “lost gem” (Dave Calhoun, Time Out) returns over 50 years later as a cult landmark of two teens in love, in black and white and cockney—with subtitles.